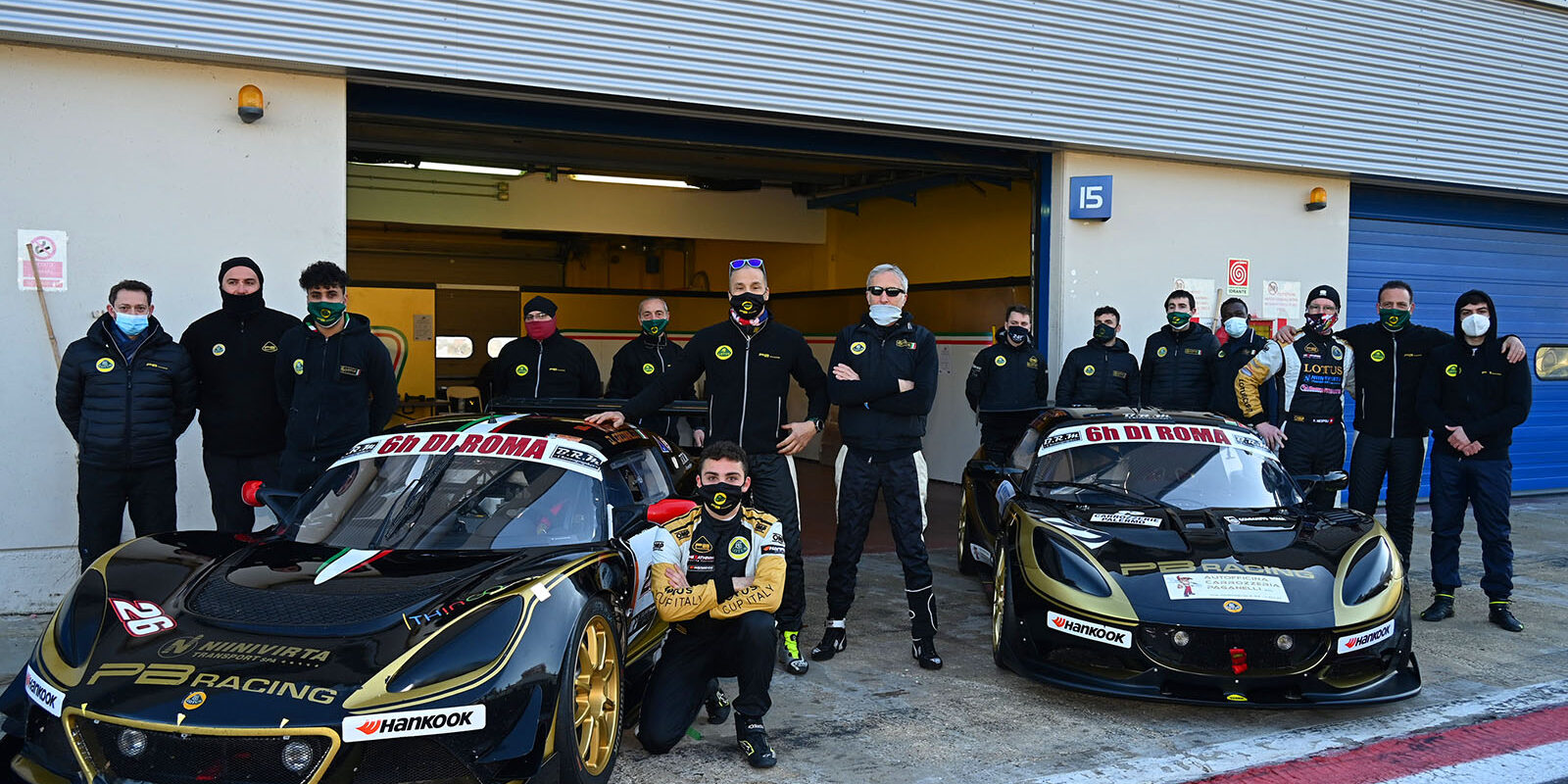 Lotus Cars and PB Racing 2021 season kicks off in Italy from the beautiful Mugello circuit, where the Bergamo based team will join the first international event of the year: the company led by Stefano d’Aste, since many years one of the most well-known Lotus dealer and motorsport centre, accepts the challenge for the  next 12 Hours of Mugello by 24H Series (25-27 March). In the prestigious event organized by Creventic, PB Racing will field the same two cars that took part in the 6 Hours of Rome last December: one Lotus Exige Cup PB-R and one Lotus Elise Cup PB-R.

On the british GT powered by 3,5L V6 will be the same line-up who won in the GT Cup class in Vallelunga, with Stefano d’Aste, Daniel Grimaldi, Vito Utzieri together with Massimo Abbati, on his debut on this supercar after the excellent 2020 season in the Lotus Cup Italy.

Important technical upgrades are installed on both cars, already tested on track by all drivers: “Our Exige and Elise – explains PB Racing boss just after the test day in Mugello – have been upgraded both on aerodynamic and mechanical side: for the Exige we designed a new front splitter together with an enlarged bodywork, which allows us to fit bigger tyres increasing the overall performance and car balance; a new complete exhaust debuts on the Elise along with an updated engine kit, where we have revised electronics and some new parts. Yesterday we tested these updates with huge satisfaction because we received great feedback from all the drivers involved, which gives us a positive boost for the race weekend.“

The track activity along the 5,245 km of Mugello will begin on Thursday 25th March with three hours of testing; On Friday 26th at 9 am the over 50 cars expected for the event will start their engines for the free practice session before competing in the qualifying (from 10:45 am to 12 pm). In the early afternoon the start of the 12 Hours which will be splitted into two parts (the first from 14 to 18); the resume will see the green lights on Saturday at 10 am until the checkered flag (6 pm). The entire event will be broadcast in live streaming on www.24hseries.com as well as on the 24H Series Facebook page and YouTube channel.