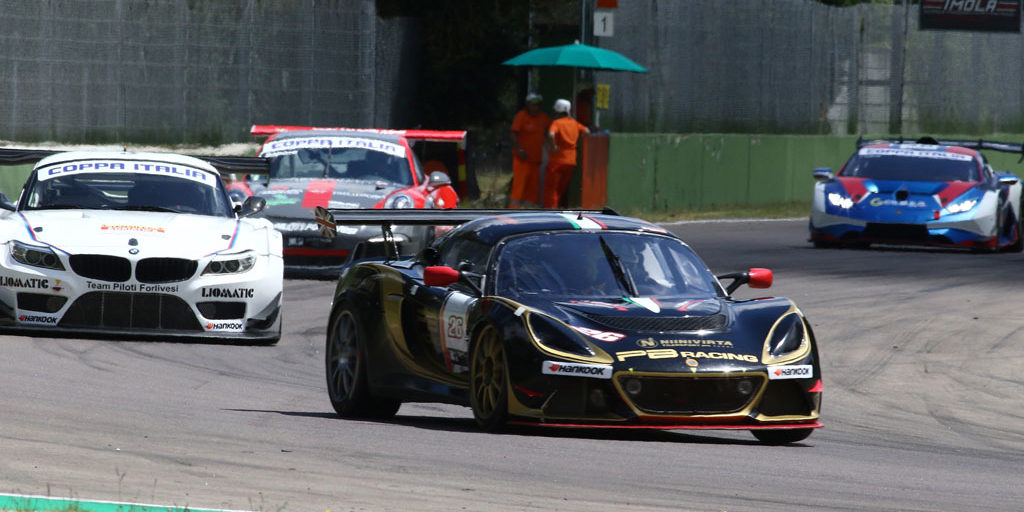 Lotus Exige Cup PB-R is back on track: after the appearance in the last round of the 2019 Italian GT Championship and also during the “reduced” Dubai 24 Hours earlier this year, PB Racing and Stefano d’Aste joined the first round of Coppa Italia GT, a series organized by the Peroni Race Group.

With the same car used in Dubai (no technical upgrades), d’Aste literally dominated the weekend at the “Enzo & Dino Ferrari” circuit in Imola, conquering pole position and then winning both races. An extraordinary test of strength of the Genoese driver and PB Racing team (official Lotus Cars dealership and the only motorsport center in Italy) who beat stronger and more powerful supercars like BMW Z4 GT3, Lamborghini Huracan Super Trofeo and Porsche 911 GT3.