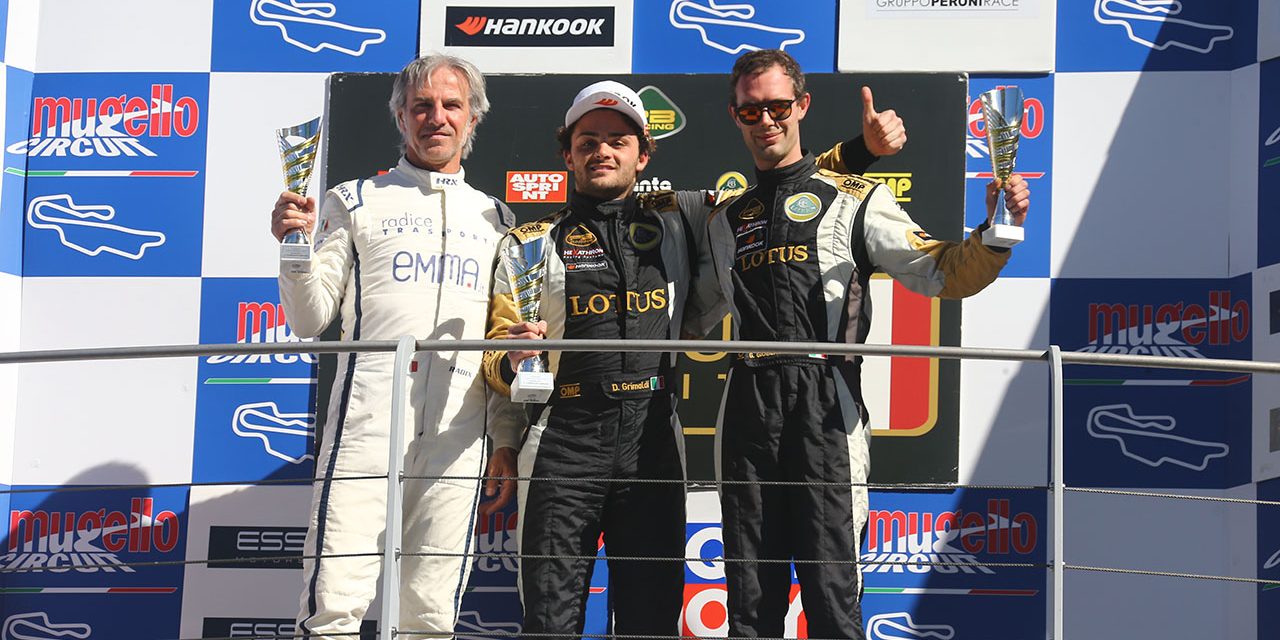 Perfect weekend for Daniel Grimaldi at Mugello: the young Lotus Cup Italia champion dominated the 5,245 meters of the Tuscan circuit, confirming his “super” feeling with the Lotus Elise Cup PB-R.

After taking pole position on Saturday, Grimaldi also dominated the Sunday of the first round of the season, winning both races, characterized by great show and competitive spirit. On the podium in Race 1 also Filippo Manassero (2nd and winner among the drivers of the Hankook Trophy) and Mario Minella (3rd and winner among the Masters) while a contact in the last meters deprived Fabio Radice of an important result; in Race 2 “Radix” partially redeemed himself, finishing on the second step of the podium (success instead among the Masters) in front of Giacomo Giubergia (3rd) while for the Hankook Trophy the winner’s cup went into the hands of a fast Mario Minella. In the Gold Cup full points for Sergio Galbusera who beaten respectively Francesca Bagnariol in Race 1 and Stefano Bagnariol in Race 2.

A growing weekend for Pasquale Serratore, with points in both races, as well as Vito Utzieri and Massimo Abbati, while bad luck did not spare Giuseppe De Virgilio, Johannes Zelger, Luciano Tarabini and Corrado Formigli.

In the overall standing Grimaldi immediately set the leadership with 54 points ahead of Minella (30) and Giubergia (28) while in the ranking reserved for the Masters there are 6 points that separate the provisional leader (Mario Minella) from Fabio Radice while Minella himself is currently at command of the Hankook trophy with 13 lengths on Serratore.

Next appointment for the Lotus Cars tricolor trophy at the “Piero Taruffi” circuit in Vallelunga on the weekend of April 30th / May 1st.