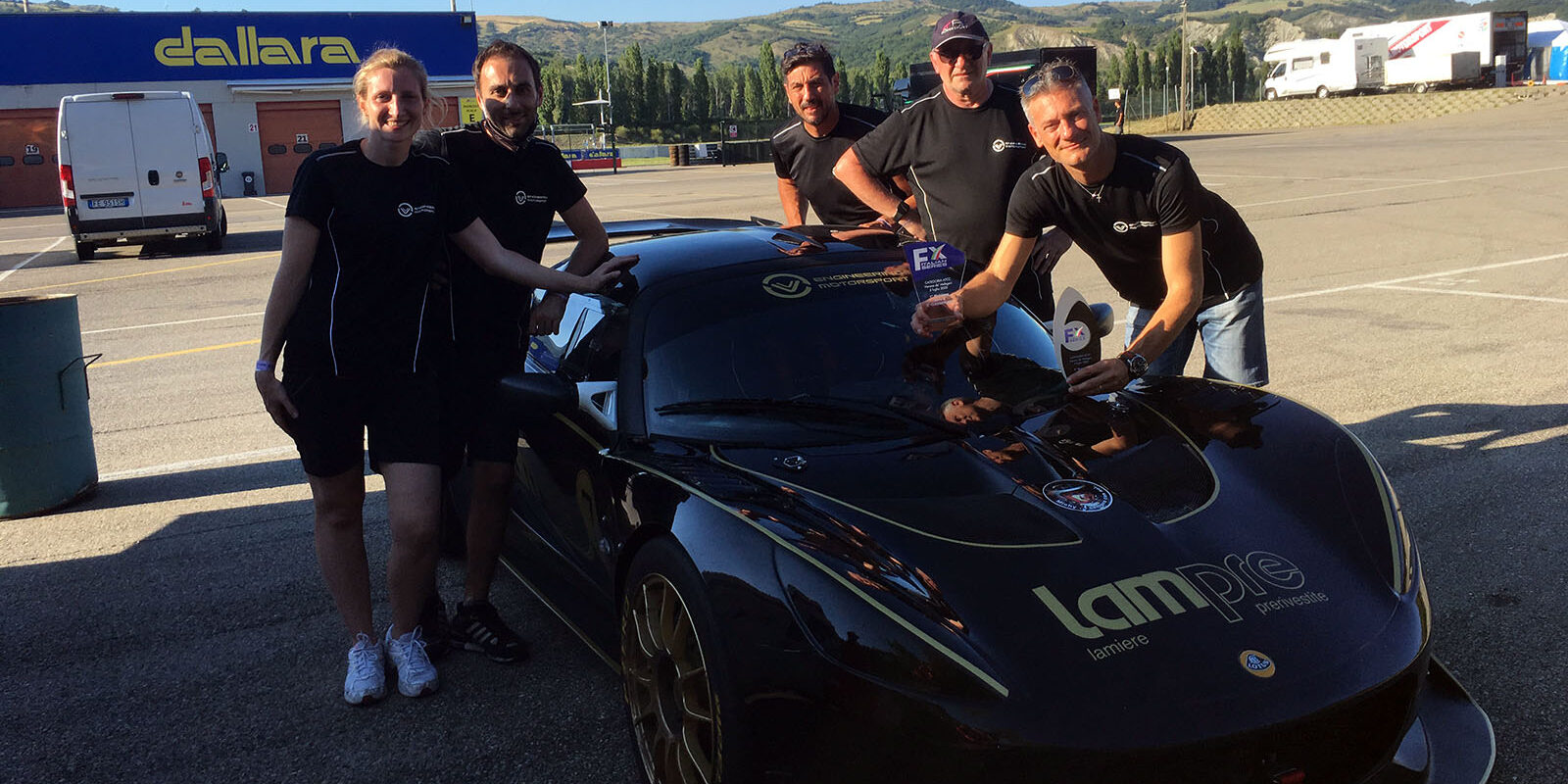 The third Lotus Cup Italia 2020 event scheduled at Mugello Circuit promises to be very exciting and full of news, with no less than seventeen Lotus Elise Cup PB-R awaited at the start.

Among the new entries expected for the weekend of 10-11 October, the name of Sergio Galbusera is one of the most notable: the italian businessman will make his debut in the official Lotus Cars italian trophy with his black Elise, technically supported by V&V Engineering & Motorsport team from Merate, with who is already taking part in another national trophy this year. For Galbusera this is will be also the first race on the technical circuit that few weeks ago hosted the F1 Tuscan Grand Prix: to get the track in the best way, ​​Galbusera is working hard in these days on the professional driving simulator of Hexathron Racing Systems.

The target for him, shared with the team headed by Claudio Vimercati, is to gain experience and have a first direct comparison with the other competitors, something that has been lacking so far for Sergio Galbusera and V&V Engineering due to lack of “competition” in the other series.

In addition to Sergio Galbusera’s debut with V&V Engineering & Motorsport, the return of an important company in the Italian automotive world does not go unnoticed. In fact, two Lotus Elise will be lined up by Elitcar, team that already joined the series four years ago. Enrico Riccardi and Matteo Riccardi (Enrico’s son) will be the drivers, a return in the series promoted by PB Racing after the excellent 2016 season which ended in 5th place with several podiums, while for Matteo it will be the debut with the small British GT, although he has already completed several days of tests.